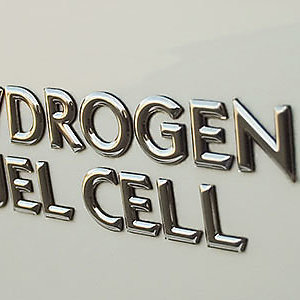 Imagine in the future, driving your hydrogen car and gassing it up at a hydrogen fuelling station. Sounds pretty futuristic, doesn't it? But, it's not as far-fetched as we think. ISO is working today to fuel hydrogen technologies into a booming industry.

The roll-out of technical specification ISO/TS 19880-1:2016 serves as an important guideline on safety and performance for hydrogen fuelling stations and will contribute to their worldwide deployment.

Designed by hydrogen suppliers, hydrogen organizations, local and national governments and automakers from North America, Europe and Asia, ISO/TS 19880-1:2016 is the first step towards standardizing hydrogen filling stations and creating a hydrogen infrastructure. It covers the processes from hydrogen production and delivery to compression, storage and fuelling of a hydrogen vehicle.

The new technical specification is particularly important for the roll out of hydrogen stations in Europe per the EU Alternative Fuels Infrastructure Directive. There are plans to build several hundred hydrogen fuelling stations in Europe by 2020, in addition to similar plans in Japan and the USA.

ISO/TS 19880-1 provides technical guidance to ensure general safety and performance of a hydrogen fuelling station as well as for its key components and processes from on-site hydrogen production and delivery to compression, storage and fuelling of a hydrogen vehicle, including validation of the fuelling process and fuel quality control at the station. It aims to achieving the level of safety at a minimum on par with conventional fuelling stations. It uses risk-informed and evidence-based approach to guide its requirements.

ISO/TS 19880-1:2016, Gaseous hydrogen – Fuelling stations – Part 1: General requirements, supersedes the earlier ISO/TS 20100:2008, and is part of a series of standards covering the critical components necessary for a fuelling station. Experts in ISO/TC 197 – the committee for hydrogen technology standards – are already working on the next step – the development of an International Standard, to be published in 2017.